Ketchup is the plastic dog pet to 5SOS and is apparently very well behaved, according to Ashton. He has been in their videos on keek and youtube. Ketchup is a rare breed of dog that is born without eyes, but is still very sweet and kind. This breed is born to swim and accompany bands. He regularly sleeps in the pool, as stated by Calum.

In their LA tour diary the band even took Ketchup to a dog grooming salon to get him groomed. In one of their keeks you can see Ketchup having some pool time with the boys.

Overall Ketchup is the perfect pet and dream dog.

Recently fame has changed Ketchup, no longer is he plastic but plushy. At the 5SOS show merchandise stand you can buy a plush Ketchup.

Ketchup is also in the Hungry 5SOS game. 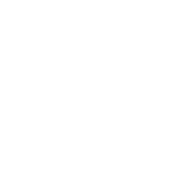 Ketchup in the Hungry 5SOS game 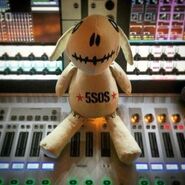